Around the world, Christians and other devotees are celebrating the birth of Jesus. Jesus came into the world to show people the Right and Divine Path. There are some interesting facts related to Jesus’ life that not everyone knows. Let’s know about them:

Jesus Got His Name From An Angel

Jesus got his name from an angel. It is mentioned in the Bible that an Angel went to Mary, the mother of Jesus, and told her that you have the special Grace of God and he is with you. Mary got nervous after hearing this but the angel told her that you need not be afraid. You will give birth to a child whose name will be Jesus. His kingdom will never end.

Jesus’ Surname Was Not Christ

Many people think that Christ is Jesus’ surname but it is not. In the first century, people did not have surnames in Palestine. At that time people used to identify children in the name of parents. The word Christ derives from the Greek Christos meaning Messiah.

Jesus Was Not Born On 25 December

The whole world celebrates the birth of Jesus on 25 December, but there is doubt about his birthday on 25 December. Long ago Christian leaders such as Hippolytus and John Chrysostom observed the date of December 25, and finally, the date was chosen to celebrate. There are many differences among scholars regarding the date of Jesus’ birth. Some people say that Jesus was born not in the cold but in the autumn season.

Jesus Had Many Siblings

According to Matthew’s Gospel, Jesus had many siblings. They have named their four brothers James, Joseph, Simon, and Judas.

Jesus Did The Work Of A Carpenter

According to the Gospel, Jesus used to work as a carpenter in the beginning. Very often, Jesus’ brother Joseph was a carpenter and it is said that Jesus learned this work from him. Later, the people of the city also came to know him as a carpenter.

Jesus Was Very Simple In Appearance

Although there is not much information about the physical structure of Jesus, but it is said that he had simple features.

The First Miracle Of Jesus

We all know, Jesus performed great miracles. He performed his first miracle during a wedding ceremony in Kana. Here he made water into liquor. Jesus’ glory was started spreading everywhere after this miracle.

Jesus Was Not A Vegetarian

According to Matthew’s Gospel, Jesus was not a vegetarian. Gospel mentioned that Jesus too used to eat meat like the rest of the Jews. Jesus used to eat fish regularly.

According to the Bible, Jesus fasted for 40 days. Usually, at the time, in that region, there was no ordinary person can keep fast for so many days. 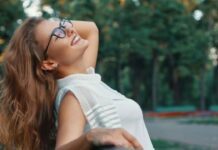 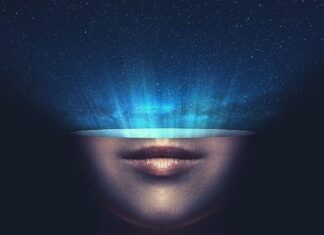 Sharat Sir - February 17, 2016
A raw area in the lining of the stomach or an open sore in the intestine is called a peptic ulcer. If this lining...

Easiest Way to Charge Water and Other Things Using VK (A...