Oh My God! What is happening there? Why people change their Deity so frequently?

I was accompanying my friend to a Temple yesterday. As such, I am always delighted to be at places of worship irrespective of sects provided it is not crowded, as for me worship is not only the offerings that we present to the Deity, but a moment of peace shared with the Almighty.

After gesturing the offerings, we sat for a while on the stairs of the temple. My friend, like many others, is a modern educated person who believes in logical reasoning.

While conversing regarding devotion & salvation, he commented: “Yaar, had these worships could get us heaven, the Priest must have got it before anyone else… No?” I was aghast to hear his remark. I knew he targeted the Priest, but it also portrayed his own belief in the religion that he followed. It is a common scenario, but our egos tend to deny the fact.

Oh My God! Don’t you believe A considerable percentage of the masses are, as such, not confident about their belief in God? Still, they visit temples and offer worships, take part in the discourses and talk high about their devotion.

They would take unique Devoted Names and Diksha from their Guru but still would be more than interested in peeking into other groups and their Devotional activities. This is unethical and corrupt if may I comment. Because of this opinion, I started differing from my friend’s comment and politely asked where does he get his car serviced.

He named the garage and his mechanic – Jagjeet Singh. I simply asked “Jagjeet Singh mends your car and ensures that it rolls in order, but still he does not own a car… why?  After all, he knows how to mend a Car.” My friend started scratching his head. I asked “you remember Prof. Shailendra Sharma who used to lecture for the BTech classes.

Many of his students are Engineers today and some are Industrialists, but why is Mr. Sharma still a teacher? Why didn’t he become an Engineer or Industrialist?”. “Likewise is this case”, I continued, “The Priest chants the mantras every day as a process of the worship for the worshipper’s welfare… not for himself.

He might be well versed with the mantras, but not focused. In fact, you were supposed to be focused in your worship, I told my friend, but you were concentrating on your logic to negate the Priest rather than seeking your wisdom”. I could see my friend embarrassed, but still, he argued aimlessly. So I dropped the topic and strolled back home with him.

This is not just with my friend, many neo-educated, so-called intellectuals will comment and point out faults with the society and religion. They will pose endless questions, but given a chance, they will never give you an Answer or Resolution to the problem. Being Logical is a good habit but Logics are of 2 kind – Positive and Negative.

Truth is much more beyond human perceptions and interpretations.  He who finds, do not tell… believe me. Do you know why? Because masses are not competent to understand…that is why all Great Souls, who were worshipped afterward, were stoned.

Coming back to our topic, Selfishness is a human tendency and no one is untouched. In their prayers even, people just ask… and ask – Health, Wealth, Prosperity, Abundance. He who does not have – want to have; He who has- wants to have more, and He who has in abundance wants to restore.

The thirst is never quenched. All pray for and like to have whatever is beneficial for them. They might forget to thank God after receiving Goodies, but they do not spare even Him for once if something goes undesirable.

All want to be the beloved of God but no one believes in him… again believe me. Some weeks ago I met one of my acquaintance who used to visit Maa Vaishno Devi, twice a year.  He was arranging for a Sai Sandhya. During my conversation, he kept on greeting people saying “Sai Ram ji”.

Oh My God! I was amazed by this transformation. But there are many people which you can find around yourself who have changed their deity or have added another one… Why is this???

If you believe in your God then why do you change your devotion? Doesn’t it look like we are visiting a shop and could not find our choice, so now we should go to another one? Or in other words, is it like what Lord Shiva has not granted you will be awarded by Lord Krishna or Sai Baba?

The answer is simple – As I said above, we are as such confused people and not clear about the Godhead. Instead of struggling here and there and dividing our concentration everywhere, if we just focus our energies on “the ONE” with whom we are aligned to… I bet we will get results. The magic is in our positive and unperturbed belief in which our God resides.

Thought And Belief: Is There Any Difference?

One of my best experience with VIBBES KADA VK is... I found my life partner with GOLDEN SUNRISE MANIFESTATION. I was so confused I didn't...

Here in this article and video, we can learn how to use VK for mimicking Reiki Psychic Surgery. Do you see people suffering from illness...

Golden Sunrise Friends, If your question is What is VK and how to learn to practice VK, you are on the right page. I am grateful...

Charge Water For a Particular Illness Using VIBBES KADA VK can be used to energize drinking water for better health. One can charge water with... 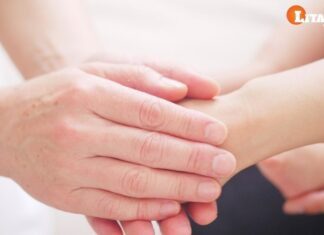 Thanks to Sharat Sir’s constant and tireless efforts to make Healing as easy and simple as possible for Mankind; we can now also do...
Load more All of you must be eating grapes, but do you know how much you gain by eating grapes. Not only this, this fruit which...

Health experts say that people of weak immunity fall prey to this virus. According to diet and health expert Julia Jumpano, three types of...
Load more

Creating A Powerful Energy Circle Case Study 3 For Example: A friend of mine complained about an acute stomach ache, he was also suffering from constipation, he could... 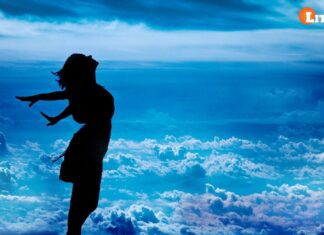 What are the Benefits of Watching My Switchword Videos

Bloodstone, as the name suggests, is associated with blood. Its appearance is little same as blood, therefore, it considers the Stone of Courage. In...
Load more Creating A Powerful Energy Circle Case Study 5 For Example: When you see somebody in a bad situation, you feel pity for that person. The more...

WHY DO WE NEED TO REQUEST THROUGH VIBBES KADA® AGAIN AND...

Why again and again? Because as a human you might have a particular emotion, feeling, thought pattern, choice, circumstances, availability of support, many mood...

Ask The Universe Now - Yes You Can – Yes You Should DO you wish? Do you have a wish? A wish to have a car, a...
Load more

Pine - There are certain kinds of people who have the habit of blaming themselves for any of the misfortune happening to them. These...

Agrimony For Sad And Guilty Jokers, Clowns and Comedians

Agrimony: There are certain people who are actually mentally tortured behind their cheerful faces. These people keep the thoughts dwelling inside them unrevealed. They...

The word depressed is familiar to everyone these days. People sometimes say "I am depressed" actuality they mean "I am fed up because I...
Load more