Vine: People falling under this category are capable enough of having their own abilities to do their work in different ways and are confident enough to get success. They think that their way to do a task is the most righteous one and others should be taught, do the work in the same manner which was followed by them. However, in their negative state, they start to dominate others because of their self-righteous behavior.

These people think that they know what is right for them and others and hence they sometimes try to impose their thoughts on others. Dictatorial or strict fathers, an abusive partner, or arrogant bosses may fall in this category. These kinds of people expect total obedience toward them. They usually are not imaging freak as long as people are compliant with them. They are happy with the encumbrance of discipline.

Talking of positive Vine people, they are wise and possess some leadership skills as well. They can also be a source of inspiration for others. The problem arises when they start ordering rather than discussing. Getting dogmatic arises the need for this Vine remedy. Hence Vine comes into the picture.

In the negative Vine state, the person may get in a pompous state and start disrespecting other’s viewpoints. His actions are only to justify his thoughts. A common example is a teacher who does not allow the students to voice a different opinion.

People affected by this state get on cloud nine by their leadership traits and they take it for granted that they can order anyone. They think they can dominate anyone while others may oppose this bossy behavior. These kinds of people generally disregard other’s views. And in its extreme form, disobedience offered to them may result in their aggressive or even violent responses.

Usually, the power in the hands of those persons also determines the kind of attitude the person possesses. They just need to accomplish their task. And even they have the caliber to do their task independently without much need of others.

Vine personality people are actually very strong and capable. The problem arises when their sentient I respond in a negative way, portraying the person different and better from the rest, which results in authorized personality.

Vine people after getting treated will be able to understand other’s viewpoints more clearly than before. They will make wise and better decisions. In a critical situation, the person will take the lead and as soon as the situation gets over, the person will give away his lead.

The need to behave like a dictator will be suppressed and the person would be able to enjoy companionship, friendship and would also be able to make a good interaction with the society. VIBBES KADA is one of the best tool to mimic bach flower remedy Vine energies even without any problem or hassle for you. Use VK more and more.

BASIC DIFFERENCES BETWEEN VK AND VS ATTUNEMENT RE-ATTUNEMENT AND VALIDITY TYPE OF TOOL FUNCTION SCOPE WORKING BENEFITS OF USING BOTH VK AND VS HEALTH BENEFITS ... 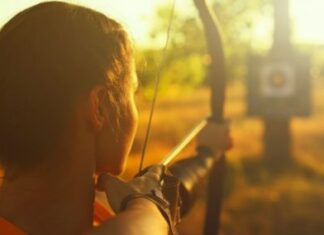 My One Year Journey With VK – VIBBES KADA® by Rakhi

GOLDEN SUNRISE Friends, It’s been a year but I feel VIBBES KADA® has come to me NOW as all my memories have come alive. In...

No Past Hurts, Trauma & Setbacks Comes On Surface While Using...

Around the world, Christians and other devotees are celebrating the birth of Jesus. Jesus came into the world to show people the Right and...
Load more

The feeling of Abundance and prosperity is a powerful mindset for mankind. It is the birthright of every person but sometimes, we unknowingly get...

In part-1 of this series I already described the magical uses of 11 herbs. In today’s article, I will talk about some more magical...
Load more

This Video is very intense and created for Third Eye Activation. You just need to watch this video to increase your intuition, sixth sense,...

Dear Friends, many times you get confused with the different perspective about whether you use “Golden Sunrise®” or “Gold Sunrise”. Which one is best...
Load more

Flab Down Serum {FDS} is the 7th serum of the list of our Cosmic Serums. If you want to shed extra fat, take FDS. FDS serum...

Energy Vaastu : 5 Elements Should Be Balanced for Happy Living

Energy Vaastu - Everything that exists on this planet is part of five elements in different proportions. Similarly, our body is made of Five elements...

Golden Sunrise Friends, If your question is What is VK and how to learn to practice VK, you are on the right page. I am grateful...
Load more

Mimulus - There are certain persons who fear known things like illness, things, accidents, poverty, being alone, or misfortune. The fears of everyday life,...

Elm: There are certain people who have too many things going on at the same time and they find themselves being overwhelmed. These are...

Heather Can Control Over Talkative Chatterbox And Attention Seekers

Heather - There are certain people who are attention seekers because they have a fear of being alone. Bach Flower Heather is the remedy...

Olive - There are certain moments in life that may leave us exhausted either physically or mentally. There are some persons who may surrender...
Load more