When you make a request through VK for your wish it sends the required energies. These energies guide you back to take some action. Try to understand what energies want you to do. Know what the guidance is and follow.

A person was talking to his friend and he was holding a file. They were standing near to their car to leave for home from their work. He had all the important papers in it. Mark sheets, certificates, and many other important papers in that file. He got tired of holding the file and kept it on the roof of the car. They kept talking for a while, sat down in the car and left for home. When he reached home he remembered that he had left his important file on the roof of the car and drove home.

He got very scared and worried because that file had all his life’s academic documents in it. He was nothing without those documents. He was very upset, scared and restless the whole night but he immediately took action and prepared an energy circle. He wrote the small description of the file, his name and sent the energy of Shield of 7 Rays as much as he could.

The moment Universe was ready with the solution, energies guided his mother to look into a social network system, Facebook. She had a very strong feeling that if any educated person will find the file he would hunt on a social network system. So he should look into Facebook. But he followed his own scary thoughts that who would be so caring to take that effort or if anyone would actually pick that file up from the road or some sweeper might put it in the dustbin and so on… so he didn’t look for his file on Facebook.

Later in the evening, there was a call from his college telling him about the recovery of his file. He ran to his college and found out an amazing truth along with his file which was safe with a person. And the truth was that the person was actually looking for him on Facebook.

Searching on Facebook for that person was the guidance by the energy. If he had followed that guidance he would know about his file soon and would have slept peacefully in the night.

Be patience and learn well.

10 Main Symptoms of being an above-average intelligent person 1. The social circle of intelligent people is not large. Their friends are very old and...
Load more

Golden Sunrise friends, Dream Home (Sapno Ka Ghar) is the dream of every human being, few achieved in their middle age, old age &...

GOLDEN SUNRISE ALL My journey with VK started on Guru Purnima 19 July 2016 when I got divine VK blessings from SHARAT SIR on personally...
Load more

Switch words are powerful emotional words used to connect directly to the subconscious mind, giving it direction for drawing the essence of the Switch...

The tumor is also known as a neoplasm. A tumor is an abnormal mass of tissue that may be solid or filled with liquid....

Here are Some Examples of Habits of Some Self-Made Billionaires or Inspiring Rich People 1. Billionaires Welcome the Sunrise With Open Eyes Waking up early gives...
Load more

Fem Serum {FS} is the 14th serum of the list of our Cosmic Serums. Fem Serum is a cosmic serum which should be used only by or for... 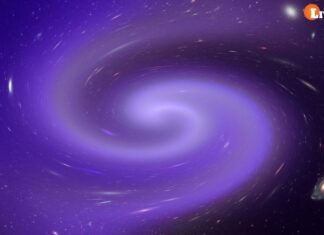 Beech - There are certain persons who can see the goods or beauty along with negative points of things around them. But their main...
Load more

Clematis Can Heal Useless Fantasies and Dreamy State of Mind

Clematis: I’m pretty sure you have met those people or know those types of people who are physically present with you but not mentally....

Honeysuckle - There are certain people who live in the past. They think that they lived a better life in their past, instead of...
Load more