Intention: We have often seen magicians and illusionists performing their acts and making almost impossible things happen. We have also seen many saints curing chronic diseases just by blessings. People get enchanted by their miraculous healing. But, their techniques are never known because it is said ….Magicians never tell. But why not excavate something that makes the Mary go. If there is a technique then there has to be a principle. Probably, this quest brings out the importance of Intention.

It will not be wrong to say that Human beings are endowed with certain powers which if utilized, may produce Miracles. In ancient times, perfect Purusha (mostly incarnations of the Lord) was said to be empowered with 16 arts (kalas). This is not a myth, as, such endowments, still lies hidden in human beings till today. The requirement is to search it out. So let’s find this one – Intentions. 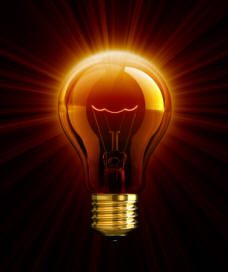 The intention should not be taken as a simple and regular emotion of a mortal. It has such miraculous powers that it may leave us stunned.  Intention basically is a Category, which encompasses all the other emotions within. Associated with each, it may be sympathetic intentions, compassionate intentions, helpful, loving, curative, creative and more. Originating from the brain, intents are powerful and transmitting. These serve as pathways of energies while being exchanged, transfused or emitted. Intents are claimed to be tools utilized by various Mind readers, Psychologists and telepaths for their successful ventures.

Human Aura and Magnetic field of the body are constant shooters and receivers of energy. They are also converters of energy with the help of our brain, causing different effects to the body and even relations & circumstances. Let take examples to observe it… Consider a person who has never done any good to you and yet you feel pleasant to see him and against that consider another person who has never done any harm to you but still you do not like to meet him. Why does it happen? It’s just the exchange of energies and mismatch of wavelengths which has influenced your feelings.

Now recall, how many times you have thought that something good or bad is coming to you and it really happened. Recall the climax scene of the movie “Chuck De India” where Shahrukh Khan’s mind is reading the move of the last penalty shot of the Aussie Women and he, in his thoughts, is evaluating ……”Yeh shot left ko Maregi, Iska Stick Left ki taraf hai, Lekin Iska Pair Right ki taraf hai, yeh shot Right ki taraf Maregi…..Lekin…..Ya Khuda yeh toh seedha dekh rahi hai….yeh shot seedha Maregi” and then he calls through mind ….”Vidya….Vidya Meri taraf dekho” and bingo Vidya – the goalkeeper (Captain) looks at him. What made it happen? There are hundreds of instances of body language, mind reading and telepathic flicks which, maybe all of us experience in our daily life but have happened involuntarily. How about if we make it voluntary. At our will? It is possible.

Our Intents are the ABCD of the technique of Neuro-linguistic language. Almost all the parallel therapies of the world run on 2 things – Power and conversion of Intent. Power is divine but conversion is the Art. In simple words, if Divine powers or Energies are the Ammunition; Our imagination and creativity is the medium to shoot. More the power of your Intent, sharper would be the broadcasting.

Converging to our subject, let’s think of a river with free-flowing water and my draught stricken field is just a few miles away. So I carve a duct from the river and turn the flow towards my fields. The river will never mind sharing some of its water to irrigate my field. That is what happens here. Abundant and Infinite Energy exists all over the universe. Dig a channel to irrigate your soul… and be an eligible Recipient of this Blissful power. On saturation thyself, be a Channel yourself to quench other’s thirst. The Mighty one has arranged everything for us… just our Intent is required.

We can always be energy works. By the grace of our Teachers, we may be well versed with the technique of divine grace. Be it Reiki, Magnified, Quantum or Cosmic……whether we make symbols or transmit energy, whether we chant mantras or activate Yantras; the basic principle remains the same that is the utilization of our Mental abilities – Intent to pass on the energy attuned in us to the ailing body.

Revolutionizing technique of Cosmic Energy, our Sharat Sir has created the Ultimate Cosmic Energy wand called VK. It is an instrument born to help eternally. You need not be initiated, be attuned or doing any ritual of any kind. Just request and Yo!! But still Intent is required for a better result – for Intent is the Initiator, it is the Booster and it is the Nurturer.

The reason for the increasing numbers of VK users is because of the ease and comfort that VK gives. But we should always consider that we are not doing a child’s play. This is a subject and a subject has to be studied. If may I remind that since childhood, by choice or by force, a subject has been pursued to be studied thoroughly and thereafter we were even been examined for our knowledge on that subject. This should be borne in our mind–if we have opted to learn on Energies, then this is our subject.

The difference is that this option is taken by our choice so there might not be any pursuance or insistence from anybody. We have to put in self-driven efforts. Let us study it… Go deep in it and simultaneously, lets practice… Do not get disheartened if we are not successful in the first go or the second. Remember you studied your academic subjects throughout the year and still could not grasp the whole of it. As you go deep you will find the crux of this subject. Your persistence and enthusiasm will do the rest.

The intention of Gratitude: Magic is also a Science. After all, Magicians are also human, but they are human with technique. There are several everyday gestures that we do which manifest like spells, but we are not aware of. The results may be good or bad but we assign it as a spiritual or Divine happening. It should be understood that Divine and human are not different. Only ignorance keeps us apart. Gratitude is the most basic gestures which bring an abundance of favorable results…. Call it a Magic.

Based on the principles of Echo – where if someone calls aloud “I Love You” on a hilltop, the sound echoes several times resounding again and again. The process of Gratitude utilizes, Aurical and Magnetic field of the human body to reciprocate the goodness manifold from the Universe. Our body has many built-in mystic powers which when activated may do miracles. In everyday life, it happens and we ignore it thinking to be a coincidence. But as explained above, the human magnetic field has a fantastic power to attract or repel situations, circumstances or individuals depending upon their wavelengths which act as positive or negative poles.

Thus, each gratitude given in goodness returns goodness by Echo Multiplier effect. Conversely, it may shoot back ill and unfortunate returns on a person, if he/she emits negative vibrations (like cursing and depressive thoughts), but let us be positive. In this stupendous process of Gratitude, the spark or the activator is one’s Intention. Gratitude expressed just for the sake of it never works. It should spark off from one’s genuine feelings intended to pay respect, gratification, love or compassion to somebody or a situation. Without pure Intention, Gratitude is merely a bunch of words.

Intention and VK: Almost all the healing methods in the world are charioteered by Intention. It is just like Air to burn…..like Fuel to drive……..and like a Syringe to inject. As far as I reckon, no healing method can work without an Intention. Without intention, there is no targeting or focusing. One might have great powers but cannot utilize without his Intents. Great Sages practiced this in the yore time. There are many techniques which may help by sight, touch or symbols… on-site or distant, but all methods would require the practitioner’s intent along-with Divine Energy.

Most interestingly, Intention and VK form a deadly combo. Unlike other techniques which may be transmitted on the wish of practitioners, Sharat Sir’s most loved and favorite creation has its own intellect – No one can misuse it. It is an instrument with brains I would define. Despite, it emits Cosmic energies at the will of the practitioners and the most noticeable fact that it does not fulfills a negative wish, rather if the practitioners so intends adds on to his/ her spiritual powers, aurical illumination, and magnetic body strength.

Let me take my example – I am possessive with my VK. I talk to it very often and don’t think it’s crazy – it replies to me. From the beginning, I am taught to befriend with VK and so I did. I remember an occasion when one of my Chemist friends asked me to help his mother who was totally bedridden after her hospitalization. Since she could not move, she even passed her urine while lying down in a bedpan. So when he asked me to help, I agreed and lest I forget, I kept on reminding myself. In the process, I was planning what energy will I give to her. Due to an urgency, I was tied up and hush I forgot to help her at home. I was ashamed because of this in the morning when I met him.

But before I could feel sorry about it, he held me by my hand and said “Bhaiya aapne kamaal kardiya”. I was stunned. His wife, who used to nurse her mother in law, narrated that – Early in the morning when she entered her MIL’s room, she was shocked to see her bed empty. Baffled she looked around when she found her coming out of the washroom without any help. She said she could not believe her eyes that a woman who could not get up even to urinate was walking straight…..what did you do Bhaiya?? I did not have a reply for her but afterward, Sharat Sir explained what actually happened. Since I was in league with my VK, when I expressed my intent to help the lady, time and again, imagining how I may do it; VK took the cue and worked every time. She got almost 4 energy sessions through intention and by the morning, she was feeling good enough to get up by herself.

Once understood the process, Me and VK became bosom friends. I narrated the above example to depict, how closely VK is connected to our Intention. In the above league, it would be interesting to mention that our Intention cultivates closeness of our mind with VK (or other energies too). This automatically develops our power of Intuition. Gradually, when we start believing in our Intuition, this power ripens and this virtually is the first step taken towards Clairvoyance.

Therefore, energy works should always be effort-full to develop his/her abilities, so as to how is he going to be more effective and result-oriented, but simultaneously, one should endeavor for Self-development. This I think is the right approach to enhance in the Energy zone.

NOTE: All glories to my teacher and Guide – Sharat Sir, under whom I have been able to learn and able to express whatever little has been explained above.

How to Care Any Organ Simply Using VK

Rock Water Soften the Mind of Hard and Rigid Persons